That Island at the Baram Delta While the coast of Miri is an endless stretch of sandy beaches and shallow sea, it isn't known for islands. In fact, up until the 1990s, there wasn't any island at all. Then at the Baram river delta, an island had seemingly suddenly appeared, having formed from river silt. At a last recorded size of approximately 2.5 kilometers in length, this island is constantly evolving into many shapes over time from the silt build up and river current / tidal action.

A minister of the time had seen this sediment buildup island from a flight and thought that it looked like a shape of a seahorse, and named it "Seahorse island", or "Pulau Unduk-unduk / Pulau Kuda Laut" appropriately enough as Miri's mascot is a seahorse. This version of the story was written in a 2003 Miri Travel Brochure. 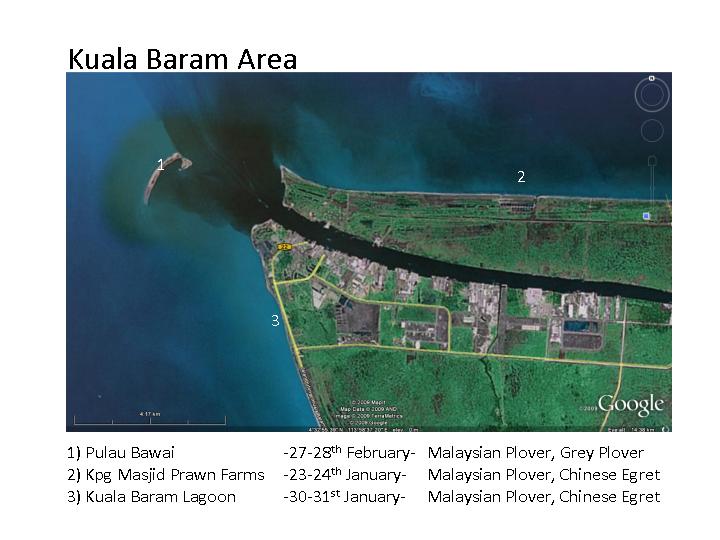 Oddly enough, in a Nature Society blog post on birdwatching posted on December 2009, the island was known as "Pulau Bawai". Picture from the Nature Society web site. (Note the shape had changed since from satellite images)

Yet however, in a news report in March 2015 on illegal immigrants, the island was written as "Pulau Tikus".

History
According to records, the island had formed in an extremely short time frame of just around five years beginning some time in the late 1990s - where previously there was nothing but sea in the area. The result of sea currents, tidal action and silt from the Baram River. Various flora and fauna eventually grew on the silt formation. This article is from the web site miriresortcity dot com - this sentence is here to prevent blatant plagarism.

When tides are favorable, there is now enough sediment along island and the Baram coast that it is now possible to reach the island from land without a boat. Compared with the recent satellite views, the 2009 "Bawai island" seemed to have disappeared entirely and another buildup had appeared a bit to the south in recent times. Seeing that this is a river delta this is not a surprising discovery as deltas and sediments evolve over time.

Miri Plaza was originally a shopping mall at Pelita Commercial Center that is four stories tall, built in the early 1990s. Its anchor tenant was Metropolitan Department Store & Supermarket.

Grand Palace Hotel is a 4-Star hotel with one hundred and twenty five elegantly decorated rooms and suites with exclusive amenities designed for both local and foreign travellers on business or leisure.

The Lutong Cinema was constructed in 1959, and as one of the first post war cinemas is a source of entertainment for Mirians and Lutongites.